How to Start a Kingdom Training Center

Since 1983, the Gill’s vision has been to provide necessary tools for both the teacher and the student for Training Centers, Bible Classes, and Self Bible Study. They believe that it only through a knowledge of the Word that believers will come into living in the supernatural Kingdom of God and operating in the power of the Holy Spirit. They believe every local church should be an “Kingdom, Training Center.” They have spent over fifty years learning, writing, teaching, and finally recording this material in Bible Training Centers around the world. Now they are making their manuals, books, video and audio teachings available through this website.

Whether a person is called to function as an apostle, prophet, evangelist, pastor, or teacher, they are all called to prepare believers for the work of the ministry. Every believer is called to do the same works that Jesus did. This can only be done through a systematic teaching of God's Word to encourage every believer to reach their full potential in the body of Christ.

A Kingdom Training Center can be established by a person, a couple, a group, or a church. It only takes one committed, Spirit-filled person with a vision from the Lord. This person is not controlled by age, race, or gender. It is not even by how long they have been a believer, since there is no better way to train ourselves than by training others. We do feel every leader should be in a proper relationship with a local church wherever that is possible.

The location is not important. It can be a home, a school, a restaurant, a business, or a church. It does need to be a place that is set apart where believers can meet, pray, learn and discuss without interference on a daily, or weekly basis.

The timing also is not set. Some Kingdom Training Centers meet once a week for a couple of hours, or twice a week. Others are full-time schools 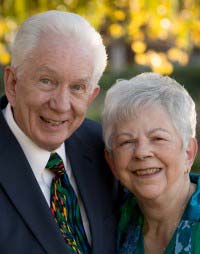 Dr. A.L. Gill, while working with Dr. John Osteen at Lakewood Church in Houston, Texas, was the Founding Director of Lakewood Bible Institute. Then God told he and his wife, Joyce, to resign from their staff positions at Lakewood Church (now the largest church in the United States) and take this training to the world!

They were struck with the apostle Paul’s success as he taught for two years in the school in Ephesus (Acts 19). It resulted in “All who dwelt in Asia hearing the gospel both Jew and Greek”. Their question became, "What did Paul teach in that first School that resulted in one-hundred percent saturation evangelism of a whole region?"

In selecting the subjects that should be taught, the Gill’s realized the teaching needed to be Word-Based, Jesus-Centered, Faith-Filled, practical. It must also be taught in the power of the Holy Spirit.

Through many years of extensive research and writing, and with the input of many others, twelve foundational courses have been completed. Translations of the manuals are now available in over twenty-five languages. These teachings through the manuals, video and audio are being used to equip a mighty army of many nations and languages of the world.

Now through the multiplication of the Internet, these practical, life-changing teachings have been made available free. They are expanding to many more believers, schools, and nations.

The Gill's passion has been to provide the leadership and tools that are now being used in over 150 nations to equip believers around the world to operate in the supernatural power of God and to reach their own nations with the gospel of Jesus Christ.

The Gills give you permission to download
and use this material however the Lord leads.

There are excellent Ministry Training Schools that are using the Gill’s material as part of their curriculum. These have information to help you establish your Bible School and provide recognition in the form of certificates, diplomas and degrees for those seeking academic recognition.